Book Spotlight: The Wolf of Britannia by Jess Steven Hughes

We're happy to host Jess Steven Hughes today!  Jess is the author of the historical fiction, The Wolf of Britannia, and is on a virtual book tour with Pump Up Your Book! 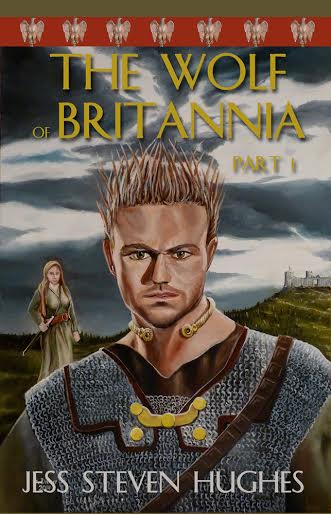 First Century AD Britain is a fragmented land of warring Celtic tribes, ripe for invasion by the juggernaut of imperial Rome. Knowing this, a young warrior, soon-to-be-legendary, Prince Caratacus, must unite the southern tribes if they are to survive. This is an enemy more cunning and powerful then either he or Britain has ever faced.

Standing by him is his wife, Rhian, a warrior princess who takes no prisoners. She is the first woman he has truly loved. With her support and that of other allies, Caratacus must outsmart a traitorous brother who is determined to take the throne, aided by a conniving Roman diplomat and a tribal king in the pockets of the Romans.
Caratacus must save his country not only from the pending Roman onslaught but from his own peoples treachery.

Or else die trying.

Caratacus’s wicker chariot bucked and hurtled across every dip and rise in the track. Two lathering ponies strained at their harness as the young prince urged them ahead. Man-sized wooden targets sprinkled the course. Caratacus struck each through the heart with his casting spears. Now he raced for the finish line in a swirl of chalky dust, blue eyes ablaze with excitement.
Tawny hair whipped about his sunburned face. He sweated profusely in a woolen short-sleeved tunic and tartan breeches, dust muting their colors. A gold collar burned his neck, but to rip it off would bring bad luck. The earthy musk of horse sweat blotted out all other odors.
Behind him clattering wheels and thudding hooves roared in his ears. Four other chariots steadily gained on him. His horses responded to the stinging touch as he slapped the reins. Caratacus leaped from the flimsy cart onto the center drawbar between his team when another chariot nosed into the lead. He struggled for a foothold and looped the dragging reins about his wrists. Barefooted, he deftly edged his way forward on the jouncing bar and catapulted onto the back of his favorite beast. Kneeling on the bay pony, he bellowed encouragement, calling for even greater speed.
Sucking dust and screaming, urging the racers to ever greater strides, throngs of men, women, and children circled the large rutted, oval which served as a race track below the great hill fortress of Camulodunum.
A small boy chasing a dog darted from the crowd and crossed in the front of Caratacus’s path. A woman screamed. He sucked in his breath─Damn! In a flash he kicked the pony’s side, sharply swerving the team, barely missing the child. The chariot bounced, arcing one wheel off the ground and back to the earth with a thud. Violently wrenched from the beast’s back, Caratacus grabbed its yoke collar and yanked himself up on the withers. A throbbing pain shot through his loins from where he caught the horse’s knotty backbone between his legs.
For an instant, Caratacus glanced at the jostling throng. He caught sight of flaxen-haired Rhian, daughter of the king's champion. The young woman screamed encouragement. His team leaped ahead and stampeded towards the finish.
Caratacus heard a pop and then a rumbling noise. He turned and saw the left trace rein on his other pony had snapped loose from an iron holding lug. It whipped back and forth along the animal's side. The mare squealed, terrified by the bridle’s lashing. She strained at leather bands around her girth and neck, trying to lurch free of the yoke collar.
Upset by the squealing of the frightened, chestnut mare, the little bay bucked and kicked at the weaving cross-bar. Holding all the reins in his right hand, Caratacus jumped to the mare and gripped the animal’s sides with powerful legs. Other riders gained on him. He grabbed the trace rein and steadied his mounts.
Hanging by his legs, Caratacus reached down his pony’s side and stabbed his free hand towards the flying bridle. It snapped across his face, sending a painful shot through his eyes. For the length of a heartbeat he recoiled, trying to shake off the blinding pain that blurred his vision. Again he attempted to retrieve the other rein. The chariots rounded the last turn of the wheel-plowed course. Fist-sized clods pelted the cheering crowd. Another rider was almost upon him. Caratacus held onto the primary reins as he lunged again and snagged the end of the strap between the fingers of his perspiring left hand. As his sight cleared, he reeled in the rest of the reins. He tightened them around his left hand and held the primary reins of both animals in his right.
Caratacus guided the lathering mare back towards the center of the yoke pole and steadied her galloping to a smooth, flowing rhythm. As if on command, his bay settled down and matched the chestnut mare stride-for-stride. He kicked the side of the chestnut, exhorting the ponies to greater speed. They raced away from the other charioteers.
He crossed the finish line between two hardwood poles topped by bleached human skulls, at least six lengths ahead of his closest competitor. Horns blew. His brother, Tog, led a tremendous cheer. The riotous crowd rushed toward his chariot. A dusty, sweating Caratacus leapt from the car and tossed the reins to an awaiting groom. Grinning at one another, he and Tog clasped each other’s wrists and vigorously shook them.
“Well done, brother, victory is yours!” Tog exclaimed, “Well done! Here, take a drink,” Tog urged. He thrust a large earthen bowl of corma beer into Caratacus’s hands. Gratefully, he gulped it down. Hundreds of tribesmen surrounded them. It was the Harvest of Lughnasa, the first week of August. The chariot races culminated five days of celebration for the Catuvellaunian and Trinovantian Celts, at their capital on Britannia's southeastern coast, Camulodunum. 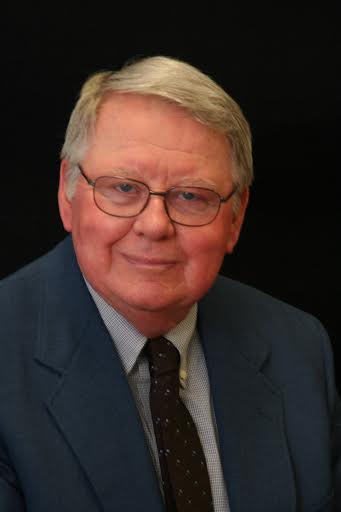 Jess Steven Hughes is a retired police detective sergeant with twenty-five years experience in criminal investigation and a former U.S. Marine. He holds a Masters Degree in Public Administration and a minor in Ancient Mediterranean Civilizations from the University of Southern California. He has traveled and studied extensively in the areas forming the background of this novel, which brings vivid authenticity to the unique settings for his historical novels, The Wolf of Britannia, Part I, The Wolf of Britannia, Part II, and The Sign of the Eagle. He currently lives with his wife, Liz, and their three horses in Eastern Washington. He is currently working on another historical novel from the First Century A.D.