In the Spotlight: The Perfect Tear by Connie Lansberg 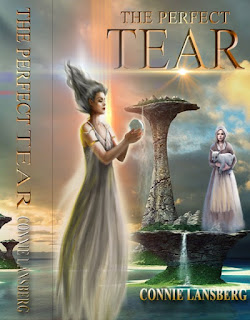 Title: The Perfect Tear
Author: Connie Lansberg
Publisher: Rockit Press
Pages: 320
Genre: YA Fantasy
The Perfect Tear begins with the Singers of the world who, during their initiation by a multi-dimensional being, are given a magical three-pronged hair comb to use as tuning forks to help keep the world in harmony.  They are a special breed of women, able to connect their voices to the vibration of the earth in order to create this needed balance and equilibrium for all.
The story follows the main character Eleanor, from age six to sixteen.  She is a good natured and dutiful young girl, with a profound ability to interact with both animals and nature.  Like her mother, she is a powerful Singer but has not yet been initiated because she has not reached the age of maturity. After the unexpected death of her mother, a grey mist descends upon the earth and the world fails to thrive, forcing this innocent child into a course of action that she had never asked for, nor had ever envisioned.

Set against a backdrop of abandonment, loss and betrayal, Eleanor is determined to find her way through strange and dangerous landscapes in her desperate search for the Perfect Tear, a dark and powerful crystal that contains the Third Vibration, which she must find and release in order to heal the land – and save her world.  Just like the notes of a song must connect to create a perfect melody, Eleanor has to discover the proper associations needed to create this special harmony. 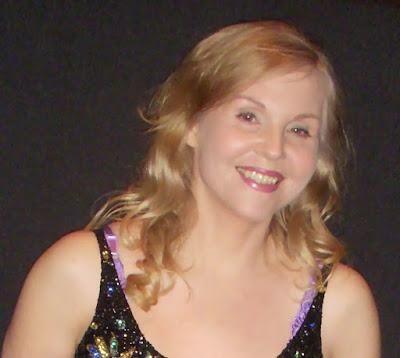 Connie Lansberg is a singer/songwriter and now author based in Melbourne Australia. She’s had her original songs placed in some of Australia’s best loved TV shows that play around the world and The Connie Lansberg Quartet is a fixture in the Melbourne jazz scene. Her most recent original musical project, Alone with Bees, performs her songs written especially for The Perfect Tear. This is Connie’s first novel and the movie is coming soon.

She also received several grants from the Victoria Council of the Arts for the development of mobile phone games that she created.

Connie joined the Melbourne Writers Group in 2010 to work on ideas and scripts and during this time the idea for The Perfect Tear began to develop and take shape. She continued her education by taking scriptwriting classes at the Australian Film and Television School in Melbourne and later, worked extensively with Marcy Kennedy on the book. She has two more stories to complete The Perfect Tear Trilogy and is hoping to have the second book finished by 2016.

"The first thing anybody tells you about this business is to say what makes you unique and different, but I couldn't and the very idea of it never sat well with me and after much deliberation, I finally realized why.

Because, I'm not unique or different – I'm exactly like you and I love that.
We each have a unique filter through which we interpret the world, and with this filter in place, I write stories and songs and you might find them surprising or intriguing or confronting, you may relate or you may not. They may make you laugh and sometimes, even cry.

For More Information
Posted at 12:00 AM