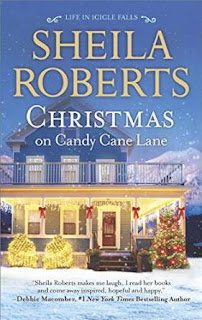 Everyone's getting ready for Christmas in Icicle Falls, especially on Candy Cane Lane, where holiday decorating is taken very seriously. Tilda Morrison, town cop, is looking forward to celebrating Christmas in her first house…until she discovers that she's expected to "keep up" with the neighbors, including Maddy Donaldson, the inspiration behind the whole extravaganza. But this year, someone's destroying Maddie's precious candy canes! Thank goodness for the cop in their neighborhood.

Tilda already has her hands full trying to sort out her love life and fix up her fixer-upper. Oh, and won't it be fun to have the family over for Christmas dinner? Not really… Then there's her neighbor, Ivy Bohn. As a newly single mom, Ivy can sum up the holiday in two words: Bah, humbug. But she's determined to give her kids a perfect Christmas.

Despite family disasters, irritating ex-husbands and kitchen catastrophes, these three women are going to find out that Christmas really is the most wonderful time of the year!

Chapter One
The holidays are tailor-made for getting to know your neighbors better.
―Muriel Sterling, Making the Holidays Bright: How to Have a Perfect Christmas

“Here’s an accident waiting to happen,” Tilda Morrison said grimly. Just what nobody wanted on the day before Thanksgiving.
“Not if we get to her in time,” said her partner, Jamal Lincoln.
“Why us?” Tilda grumbled to Cherie, the dispatcher. “This is a job for animal control.”
“Chief said you’d say that,” Cherie told her. “He also said to tell you that today it’s a job for you and to bring a rope and get to work before somebody ends up hurt.”
“I don’t believe this,” Tilda muttered as Jamal turned on the look-out-here-come-the-cops lights and shot their patrol car out of town toward the highway.
“We’re in Icicle Falls. Believe it,” Jamal said. “You still got that rope in the trunk?”
“Yes. It’s there from the last time.” Tilda frowned. “You know, this really isn’t the job of the Icicle Falls Police Force. I don’t care if Stumpy Hodgkins is best buds with the chief.”
“You gonna tell that to the chief?”
“Yeah, I am. As soon as we get back to the station.”
Jamal grinned. “That’s what I love about you, partner. You’re fearless. You should’ve been a man. I swear you’ve got more balls than most guys.” “Thanks. I think.”
Tilda knew she was a tough cookie, and she liked being tough. She liked being a modern woman, able to stand up for herself and hold her own against any man. But she also had a feminine side and, 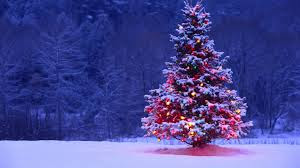 secretly, she fantasized about some man tougher than her, pushing her up against a wall and having at it.

She’d thought she’d found that man, but it hadn’t worked out. He’d never bothered to look beneath her tough exterior and check out her sweet, soft side. Instead, he’d fallen for the kind of woman Tilda thought of as a cream puff. Maybe that was what all men really wanted, someone as sweet as honey and as elastic and bendable as warm taffy. Tilda wasn’t a bending kind of woman. Sadly, there were very few men who appreciated that.
Jamal did, but he was her partner. Then there was Devon Black, town bad boy, the king of speeding tickets and barroom brawls, who thought he was God’s gift to women. In fact, he thought he was God’s gift to her. Christmas might have been just a month away, but she had no intention of unwrapping Devon Black.
She frowned, thinking of their last encounter. “What the hell?” he’d said angrily when she’d pulled him over a week ago for a broken taillight. “I wasn’t speeding.”
“No, you have a taillight out.”
Instead of showing some respect and thanking her for letting him know, he’d flashed her a cocky grin and said, “You’re looking for excuses to see me.” As if she had nothing better to do that chase after wolves dressed in blue jeans.
If I wanted to see you, I could just wait till the next bar fight,” she retorted. It was how she’d met him when he moved to town. Trouble followed Devon around like a lost puppy. “Now, do you want me to let you off with a warning or do you want to keep flapping that big mouth of yours and up the ante?”
That had shut him up—until she gave him his warning and turned to leave. “I’m working the bar at The Man Cave. Come on by after you get off work and I’ll give you a beer on the house.” As if he owned the place. It was his brother’s. He just filled in on weekends.
“In your dreams,” she’d called back over her shoulder.
“And yours, too, I’ll bet. I can show you some new uses for those handcuffs.”
“Oh, there’s an original line,” she’d muttered. Fifty Shades of Devon Black. No way, even if he was ridiculously gorgeous. So was a hot-fudge sundae, but look what it did to your butt.
“There’s Stumpy,” Jamal said, bringing her back to the present.
Sure enough, the short, old guy was hobbling as fast as he could down the side of the snowbanked road in his jeans and cowboy boots and leather bomber jacket, his hunting cap mashed down over his ears, a lasso dangling from his right hand and Daisy’s halter from his left. And there, half a mile farther up the road, trotted his horse, the escape artist. Loose again. Not a good thing, considering the fact that the old paint was deaf.
“You can turn off the lights now,” Tilda said, and Jamal obliged.
They pulled up beside Stumpy and Tilda lowered the window. “Stumpy, this is the third time this month she’s gotten loose.”
“I know, and I’m sorry. Daisy!” he hollered at the horse. “Dang it all, come back.”
Sometimes Tilda wondered how deaf Daisy really was. Either she was faking it or she was psychic because the darned beast tossed her head as though she was saying, “No way.” Then she started across the road. Oh, great.
An SUV came over the rise and Tilda sucked in her breath. The car skidded to a halt and waited while Daisy stood in the middle of the road, trying to decide what to do. The driver soon tired of waiting and honked. The noise didn’t faze Daisy. She stood there, watching Tilda, Jamal and Stumpy as if wondering what they were doing out here on a cold winter afternoon. Then she strolled back to her own side of the road and continued her journey, probably looking for some other horses to spend Thanksgiving with.
“Give me the rope and get in,” Tilda commanded. With Stumpy safe inside and the rope in hand, they set off in hot pursuit. Well, semihot, not wanting to end up hitting the animal. 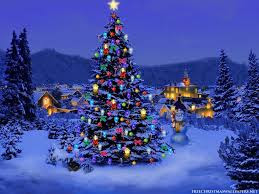 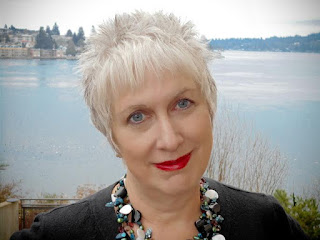 Sheila Roberts lives on a lake in the Pacific Northwest. She’s happily married and has three children. She’s been writing since 1989, but she did lots of things before settling in to her writing career, including owning a singing telegram company and playing in a band. Her band days are over, but she still enjoys writing songs. Sheila's books are best sellers and often appear as Reader's Digest Condensed Books. Her novel "Angel Lane" was named one of Amazon's top ten romances in 2009. Her novel "On Strike for Christmas" was a Lifetime Network movie and her novel "The Nine Lives of Christmas" is now a Hallmark movie, scheduled to air November 8th.

When she’s not speaking to women’s groups or at conferences or hanging out with her girlfriends she can be found writing about those things near and dear to women’s hearts: family, friends, and chocolate.

Her latest book is Christmas on Candy Cane Lane.