We're thrilled to have Kathleen Jae with us today! Kathleen is the author of the middle grade fiction novel, ELANORA AND THE SALT MARSH MYSTERY. Find out more about the book and the author below and don't forget to sign up to win either a $50 Amazon Gift Card or a gift bag full of awesome goodies! 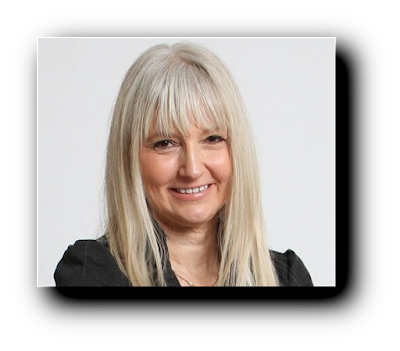 Kathleen Jae has been writing in one form or another for almost twenty-five years. Her greatest success story is her daughter, Katie, whom she refers to as “my hero,” and their journey is chronicled in Kathleen’s first book, From Prompting to Shaping to Letting Go: My Love Affair With ABA and How Being a “Bad Mom” Helped My Daughter With Autism Succeed. In past lives the author has been a proofreader, editor, newspaper reporter and columnist, newsletter writer for a wildlife organization and writer of stage plays and screenplays. She considers her six-year stint as a home-based behavioral program director in the ’90s her most difficult, albeit important, job and is counting the days until all autism-related ABA therapy positions go the way of the dodo. Two of Kathleen’s short stories made it to the finals of the 2017 Florida Writers Association Royal Palm Literary Award competition. 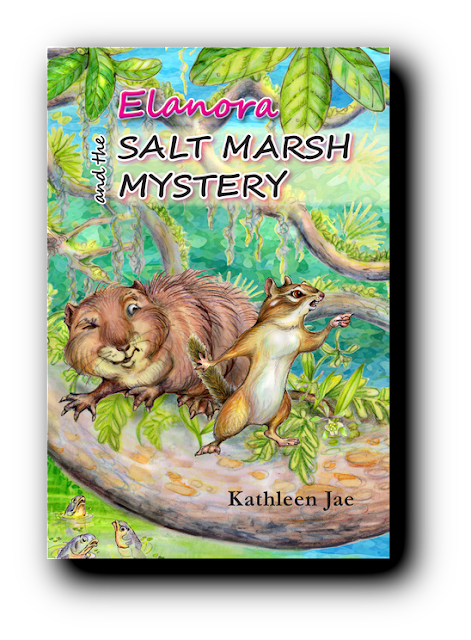 After a series of terrifying events, Elanora is transported to a strange neighborhood where the only way to get about is by water and the only food to eat is the grasses of the marsh. When she discovers that the water level in her new home is falling, she suspects humans are the cause and puts together a plan to save the creatures who live there.

Will Elanora persuade the colony and swimmers to overcome their fear of the unknown and embark on a dangerous journey to their new home?

Elanora and the Salt Marsh Mystery features interesting animal characters with distinctive character traits and personalities who can absorb the middle-grade reader. The salt marsh environment is sufficiently detailed to become a character on its own, with its ebbs and flows. The self-contained world created stands on its own with a microcosm of both conflict and friendship… A child or even an adult reader of this book can identify with and applaud the book’s characters… all in all a very good read.

Click here to get your FREE DOWNLOADABLE Elanora and the Salt Marsh Mystery Coloring Page!

I began writing regularly when I was a reporter for a local newspaper (writing news stories and a bi-weekly column), and that experience led me to try my hand at fiction. I started with short stories and progressed to screenplays and stage plays. I started my first novel (middle-grade historical with time travel thrown in) soon after but never finished it. Five years ago, I formulated the story for Elanora and the Salt Marsh Mystery.

I think I do a little bit of both. I decided on the opening of Elanora, early on and once I started writing I knew how it would end. I felt like I would never get to the ending, but along the way I created lots of twists and turns, often spontaneously.

I usually write in a corner of our family room, and I write as much during the day as I possibly can. Years ago, I could write until early hours, but I find I have to stop by eight in the evening.

Elanora and the Salt Marsh Mystery is the story of a young chipmunk in the north who is transported to a salt marsh in southwest Florida. She is saved and then adopted by a muskrat couple, but the rest of the colony despise her for being different. When she finds out that the marsh is ill, Elanora sets out to solve the mystery of why the water is disappearing in her new home. After revealing her plan to the rest of the colony, one that requires the cooperation of everyone to successfully implement, they rebuke her. When the swimming creatures start to get sick due to the lowering marsh water, Elanora knows time is running out for all creatures of the marsh.

My husband and daughter and I were on a kayaking trip in Tarpon Bay in Sanibel, Florida. We had all stopped paddling and were congregated in a group near a stand of red mangroves. I remember listening to our guide talking about the ramifications of the destruction of mangroves, and as he talked, I gazed at the twisted trees and thought that a small critter who saves the red mangroves would make a great story.

Elanora is my favorite. She is resilient, clever, and loyal. Elanora’s devotion to muskrats Tam and Akira, her adoptive parents, is one of the driving forces that help her formulate a plan to save the colony. And her compassion toward the mullets and their inability to breathe normally motivates her to hasten the implementation of the plan’s operation. I wish I could be like her.

When I first formulated the idea for the book, the setting was to be the red mangroves. But after much research, I discovered that almost none of my characters lived there naturally. The setting had to change and moving the cast to a salt marsh (since I discovered that salt marshes exist as a transitional community between mangroves and freshwater marshes) proved to be the remedy. I spent weeks researching the consequences of lowering the water of a marsh, the animals that would be found there, and the habits of round-tailed muskrats. I wanted the story to be as authentic as possible, and I hope I have achieved that.

I have begun my research for the sequel to Elanora and the Salt Marsh Mystery and will start writing soon. I am also formulating a picture book on the characters found in Elanora’s world.

I never thought I would ever finish a novel, but once I started writing this book, I was determined to see it to the end. My family was quite supportive, and I think that helped immensely.

There is so much information on the internet on the process of writing a novel. As with many other topics, too much information exists, in that someone starting out will probably be confused because there are as many ways to write as there are writers. I was and still am muddled about the “right” way to write a novel, and in the end, I think I have taken a little bit of advice from a whole lot of writers and mashed them up into a formula that’s right for me. And I still have so much to learn.

I do want to point out that I think it’s important for someone who is thinking about writing a novel to pick a world—the place where your characters will live—that has some meaning or interest to you. That may sound like a given, but if you want to write in a genre that is saturated with certain character types because they are popular, you will have to come up with an interesting twist to challenge readers who favor that kind of story. I chose the setting for my book because I have vacationed on Sanibel Island for many years and am familiar with the wetlands, marshes, and ecosystems of the area. In fact, my family and I moved to southwest Florida in 2016, and I was able to get up close and personal with the salt marshes in the area (we have since moved back to Michigan). My adult mystery to be published later this year, Island Times Three, takes place on Sanibel Island once again, but this time in 1952 because I love history. The unfinished book I started years ago is historical as well.

To be concise, whenever an idea comes to you, start writing. Even if it’s just unconnected thoughts, punch the keys and get it into your computer (or the cloud if that’s your thing). Each time you add to your notes, you may very well come up with more plots and twists and turns on the spot. Go wherever your imagination takes you. If you decide early on that you won’t quit—that you will take some time each day to think about your story—then you have already made great strides toward finishing your novel.

Kathleen Jae is giving away a $50 Amazon Gift Card 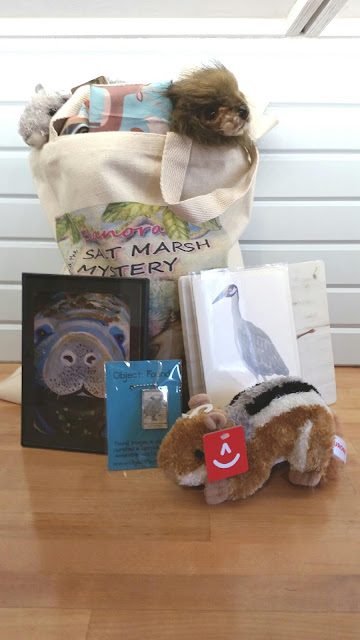 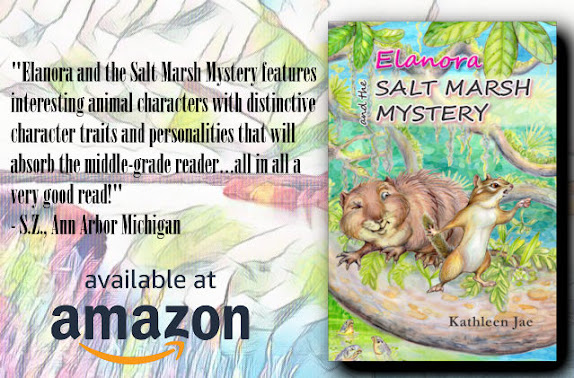 Email ThisBlogThis!Share to TwitterShare to FacebookShare to Pinterest
Labels: Authors to Watch