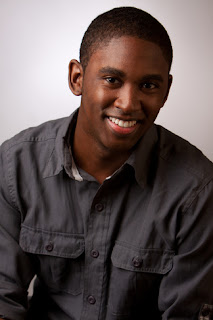 Daryl-Jarod is an Amazon best-selling author, recording artist, and actor. Born and raised in Hopkins, South Carolina, he always had big dreams of pursuing a career in entertainment.

As a child he'd write short stories and songs, which later aided him in transitioning into the talented storyteller he is today. His writing career all began with a short poem he composed in third grade entitled, "My Teacher is Neat", which was selected to be featured in a publication of poems from talented students throughout the state. The encouragement of his mother, teachers, and peers, pushed him to continue writing. 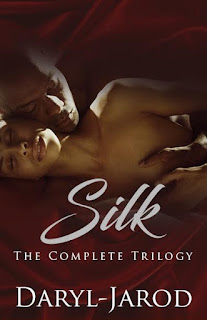 When did you begin writing?

I started writing at a very early age. The earliest I can date back to is fourth grade. I wrote a poem entitled, “My Teacher is Neat”, that was chosen to be included in a compilation of poems written by students all over the state. I’ve been writing ever since.

I normally just go with the flow when it comes to each project. I rarely ever plot out the full story. I just start writing from the first idea that pops up in my head and allow the plot to thicken as I go.
I’m a night owl, so I’m normally in my bedroom typing the night away. I’ve discovered my most creative thoughts and ideas come to fruition in these hours.

“Silk: The Complete Trilogy”, is the complete set of my Silk eBook series. This release marks the first time the series has been in print, so I’m pretty excited about that. Readers can also enjoy a new story entitled, “Pink Fortress”. It’s about an undeniable connection that immediately develops between an Uber driver and his mesmerizing passenger.

The first volume of Silk started out with only one or two stories. It wasn’t until I got to college that I decided to develop them into a book. From there I self-published, released two more volumes, and here we are with the trilogy edition.

My favorite character can be found in the short story entitled, “Until the End of Time”. This character wasn’t given a name but I admire him for how much he genuinely loves his wife. His wife, the love of his life, is on the brink of death after suffering through cancer for over a year. He’s wise enough to know his time with her is limited and does his absolute best to show her how much he loves her. I guess that’s the hopeless romantic in me that makes me truly appreciate a bond so powerful.

Writing the book was pretty much a breeze. I didn’t really face any difficulties getting it written. But I think the most challenging thing about the overall process was preparing it for print solely alone. I did hire a graphic designer for the cover and had some really good friends serve as beta readers. But everything else, from the formatting to uploading was done by me. And I believe next time, I might hire someone to help make the process a bit easier. Lol!

So many authors have inspired me. Urban authors like Zane, Cairo, E. Lynn Harris, and Carl Webber are just a few.

Currently, I’m preparing my next release, “Sweat”. And I’m also working on new music that will be out later this year as well.

Never stop writing! Try to write as much as possible so you can always be releasing new material. I truly believe consistency is key to building a faithful fan base.