Book Feature: From Within the Hidden Places by Tracey Lafayette 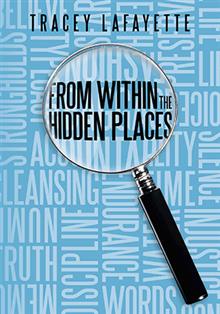 Title: From Within the Hidden Places
Author: Tracey Lafayette
Publisher: AuthorHouseUK
Genre: Religion/Spirituality
Format: Ebook
This book is about using modern day scenarios and situations to explain the Bible text in an easy to understand way, using words and thoughts to inspire the individual as they read. Many of the thoughts and inspiration for this book have been through having simple everyday conversations with people then going away, expanding on that thinking and conversation and then using the words and the environment around me to relate it back to the Bible.

Meet the Author:
Tracey Lafayette was born in 1968 and she has three sisters, she studied at Clissold Park School in Stoke Newington, London, after leaving school she decided to become a chef. She also has experience working with young children and families. At present she lives in Birmingham in the UK.

Tracey is giving away a $25 Gift Card! 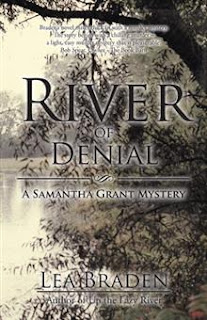 Title: River of Denial
Author: Lea Braden
Publisher: iUniverse
Genre: Fiction/Suspense
Format: Ebook
River Bend is just another quiet picturesque town by the Missouri river-until its school superintendent is murdered in her office one evening. Under her leadership, the school district appeared to be thriving. But as investigators are about to discover, Timmons Worthington apparently had more enemies than friends. After the police find a sticky note stuffed under Superintendent Worthington's computer keyboard with seventh grade science teacher Samantha Grant's name scrawled across it, Chief Path Patterson embarks on a quest to work his way down the list of suspects that includes Samantha. As denials flow from suspects, Samantha is once again thrust into amateur sleuth mode as she sets out to find the killer and prove her innocence in an investigation complicated by flying bullets, a flaming toilet, cocaine, and her ex-husband's crazy trophy wife. Helped by friends and her Shih Tzu, Samantha doggedly searches for the truth. But will she find answers soon enough to save her from prison or will a killer walk free? In this gripping mystery set in a postcard perfect river community, a middle school teacher must turn amateur sleuth in an attempt to eliminate her name from the list of suspects and find a determined killer.


Lea Braden is a retired middle school teacher. When she is not creating compelling mystery tales, she enjoys walks along the Missouri river with her two dogs. River of Denial is the second book in the Samantha Grant mystery series.

Authors To Watch: Shelby Londyn-Heath, author of 'The Twilight Tsunami' 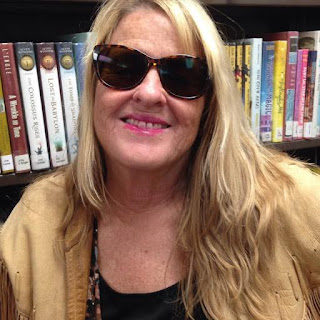 Shelby Londyn-Heath, a transplant from New York, has been a world-traveler, crossing the Sahara Desert on the back of a salt truck, working on banana plantations in Spain, an oil company in New York, and on coffee farms in Hawaii. She has jumped freight trains across the United States, and she was the proud owner of a beachfront bamboo hut on the Canary Islands. She has worked as a counselor, social worker, and teacher. 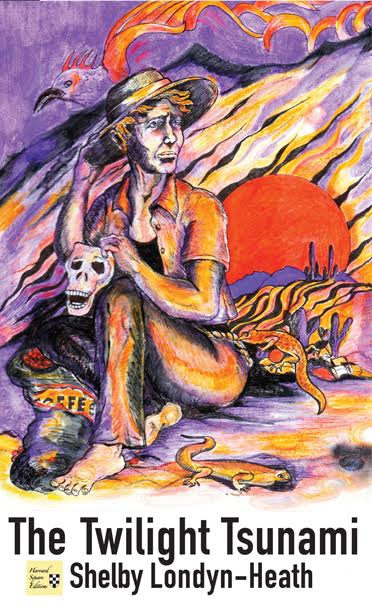 Grey is a hard-hitting foster care social worker who removes babies and children from dangerous drugged parents, violent homes, and families joined with criminal gangs.  He is unstoppable until a new social worker enters his department.  She is hungry for power and position, as she challenges Grey in malevolent and unexpected ways. As Grey yanks newborns from mothers, confronts irate parents, and lives through suicides of foster children aging out of the system, nothing stops him, until he meets his nemesis, a truly power-hungry woman. He must find her "Achilles Heel" and his inner truth, in order to rise up to conquer her. One of them must be transformed or destroyed.

Purchase your copy at Amazon.

Welcome to My Bookish Pleasures, Shelby! Tell us a little about yourself.
I traveled all my life. I became like a bee jumping from flower to flower, grabbing pollen on my feet; only my pollen was material for my stories. Where are my stories? I kept them in journals. Twenty years of writing daily, also recording my poetry and short stories.  Then, after twenty years, I ripped everything up. Thank goodness.
At present, I am challenging myself to come out into the world and face the uncertainty. Having a publisher helps, but still, removing one’s mask of privacy is like walking into a suit-and-tie conference  naked and goose-bumpy, standing alone in front of preened executives.
When did you begin writing?
I began writing as soon as I could form letters. I remember reading my stories out loud to my parents when I was in second grade. They laughed uproariously. I never figured out if they were laughing at my stories or at the art I drew to accompany my stories.
Describe your writing process. Do you plot or write by the seat of your pants? When and where do you write?
I think of ideas and let them brew. I ask “what if’s?” What if that young boy saw the world through bright prisms but could not reveal to others the glorious beauty of colors and light because he is mute? What if that mother who loves and spoils her toddler stole the once dimpled baby from a shopping center, after her doctor told her she could never be pregnant? What if an alien came in the form of a beautiful, charming man or woman with the intent of stealing our brains? Raising questions always brings up the possibility of new stories.
Can you tell us about your most recent release?
My book The Twilight Tsunami was recently published by Harvard Square Editions.  It is a fictitious novel about families, social workers and children in the foster care system. The drama is riveting because after all, removing children from parents is an agonizing and stressful ordeal, and being in the presence of parents losing their children is a bleak experience, no matter how hard-hearted or self-righteous a spectator is.

How did you get the idea for the book?
I worked with families and children in the foster care system.  I also raised a foster child who had special needs.
Of all your characters, which one is your favorite? Why?
The new baby who gets taken away from her drugged mother is my favorite character. Her resilience, as she travels into different homes, and experiences what many of us will never experience in our lifetimes, amazed me. She fought to live. She never gave up trying to love and attach to others, no matter what happened to her. That made her a champion, my kind of girl.
What was the most challenging aspect of writing your book?
Experiencing once more, the pain of children who lost their families and could not shake their feelings of emptiness and loss. Remembering the burn-out of overworked social workers who put their lives at risk to keep children safe. Reliving the pain of being in a system that is under-funded and hyper-stressed, a system that cannot possibly meet the needs of everyone in it.
At the same time, there are countless heroes in the foster care system: families, children, social workers and foster parents who rise every day to face overwhelming hurdles borne out of someone’s abuse and neglect, who keep moving forward, even on days when stepping out of bed is hard for them.  It was challenging for me to think about and write about their struggles.
What advice would you offer to new or aspiring authors?
Reach out to other writers, both new and established. I have been amazed by the support I received when I asked for help, whether it was to discuss my writing questions or to ask for reviews. I regret that I was private with my writing for so long. My privacy became a protective shield. Don’t let that happen to you. You deserve support and encouragement. Join or start a writing group at a local cafe, join facebook writing groups and join Goodreads, an awesome website with several writing groups made up of people who want to help each other. Start reading and reviewing other writers while you are on Goodreads and make new friends. Oh yes, of course, keep writing, but don’t forget to share your creative genius with the world.
Posted at 12:00 AM No comments:

On the Spotlight: NASHVILLE: Music and Murder, by Tom Carter

Book Blast: Love on the Wings of War by John Livingston 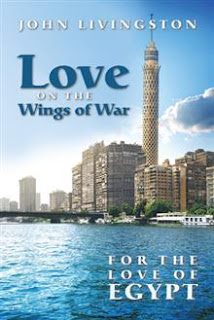 Title: Love on the Wings fo War
Author: John Livingston
Publisher: iUniverse
Genre: Historical Fiction
Format: Ebook
It is 1967 in Egypt when the rebellious daughter of a government minster first notices a handsome American researcher. Desperate to break away from her powerful and conservative Muslim family, Nadia Kemal approaches Mark Adams one afternoon in the university library and changes her life forever.

Nadia and Mark soon fall in love. For a year, their forbidden relationship is fraught with danger and several close calls as they are nearly discovered. As Egypt is defeated in war and the possibility of civil government looms, Nadia’s father focuses on becoming the new leader. Meanwhile after Nadia and Mark secretly marry, they are preparing to leave the country when her father learns of the affair. With his career aspirations now threatened by his American son-in-law, Nadia’s father locks her in an asylum until she signs a divorce paper. As Mark battles for his own life, he frantically searches for Nadia while attempting to distinguish between truth and lies. With seemingly the entire world against them, Nadia and Mark are each left wondering if their love is strong enough to survive.

In this historical tale set in 1960s war-torn Egypt, a Muslim girl and an American man begin a journey together driven by forbidden love, danger, and an uncertain future.


John Livingston earned his BS at MIT and his PhD at Princeton University. He is currently a professor of Islamic History and Civilization and Modern Middle East History at William Paterson University. Dr. Livingston currently resides in Philadelphia, Pennsylvania. Love on the Wings of War is his fourth book. 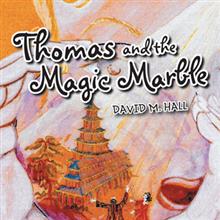 When Thomas Applegate is cheated out of his marble collection he heads for the local junk shop where he's sure Mr Armitage the owner will have some marbles at a knockdown price. Little does he know that he's about to embark on an adventure of extraordinary proportions when he discovers a large marble that was hidden inside an old Chinese vase. The marble's magic takes him back in time to ancient China. Here Thomas must use all of his wits to save and help mysterious magician Wing Ling who has been trapped in the marble for a thousand years.

David is giving away a $25 Gift Card!

January 30
A Title Wave
Confessions of an Eccentric Bookaholic
January 31
The Hype and the Hoopla
The Review From Here
February 1
Harmonious Publicity
Write and Take Flight
February 2
Carpe Librum
Read Between the Ink
February 3
Fiction to Fruition
From Paperback to Leatherbound
February 6
My Bookish Pleasures
The Literary Nook
February 7
Voodoo Princess
The Revolving Bookshelf
February 8
The Book Refuge
The Book Czar
February 9
Lover of Literature
Zensanity
February 10
Personovelty
A Taste of My Mind
Posted at 9:03 AM No comments: