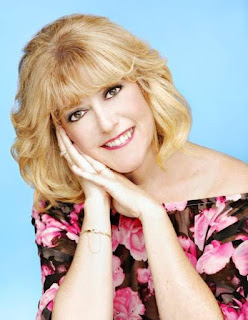 Krystal Lawrence lives in the Pacific Northwest. She is the author of three novels—— two vampire stories, Risen and Risen II: The Progeny, and a trilogy entitled, Be Careful What You Wish For which is currently under consideration to be turned into a television series. Cat O’Nine Tales is Krystal’s first and much anticipated collection of short stories. Her books are available through Amazon and all major book retailers. 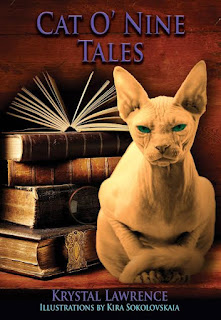 Title: Cat O’ Nine Tales
Author: Krystal Lawrence
Publisher: Telemachus Press
Pages: 284
Genre: Horror/Suspense
What evil dwells within the pretty lady next door or the ordinary house cat?
What happens when you pursue your dreams into the desert after dark?
Beware the man borne of your imagination. He could seek vengeance on the one who created him.
Visit a bookstore offering a most alluring and sinister service.
Journey to the dark side with ten twisted tales of horror, malevolence, and the truly uncanny.

Hi Krystal! Tell us a little about yourself. When did you begin writing?
I began writing fiction about sixteen years ago. I found it very cathartic after a break-up. (It’s always about a boy isn’t it?) I have always been a very right-brained and creative person. I started out as a child actress and then hosted a radio show in my twenties. It wasn’t until my first story idea was born that I discovered my true north was writing.

Once a story comes to me, it is usually channeled fairly quickly and I have to stop whatever I am doing and write down everything that is floating through my head so I don’t lose it. Sometimes that means just a sentence or two, and sometimes it can be thirty pages. I pulled many an all-nighter before the keyboard when a story is clamoring to be told and has chosen me as the vessel. Once a book (or a short story) is complete then I have the luxury of more time to go back and revise, edit and fine-tune, but that initial burst waits for no man.

Cat O’Nine Tales is a collection of ten short stories that were written over a period of about a year. I call it my accidental book, and truly one of the most fun to write because I had no idea that I even had that many different tales in me. I think it will be a lot of fun for the reader to take several different journeys with me instead of just traveling a single road.

I kind of like Sheriff Dearborn in the Eternal Sheriff because of his stubborn resistance to allowing his creator to kill him off. And Stormie Banks, who I wrote about previously in my second book Be Careful What You Wish For shows up again in Cat O’Nine Tales and she will always be very dear to my heart.

Stephen King is sort of my guru.

I have a fifth book in the works called Phone Call From Hell that should be done towards the end of 2017.